Clint Eastwood Boots: What Kind of Boots Does He Wear? 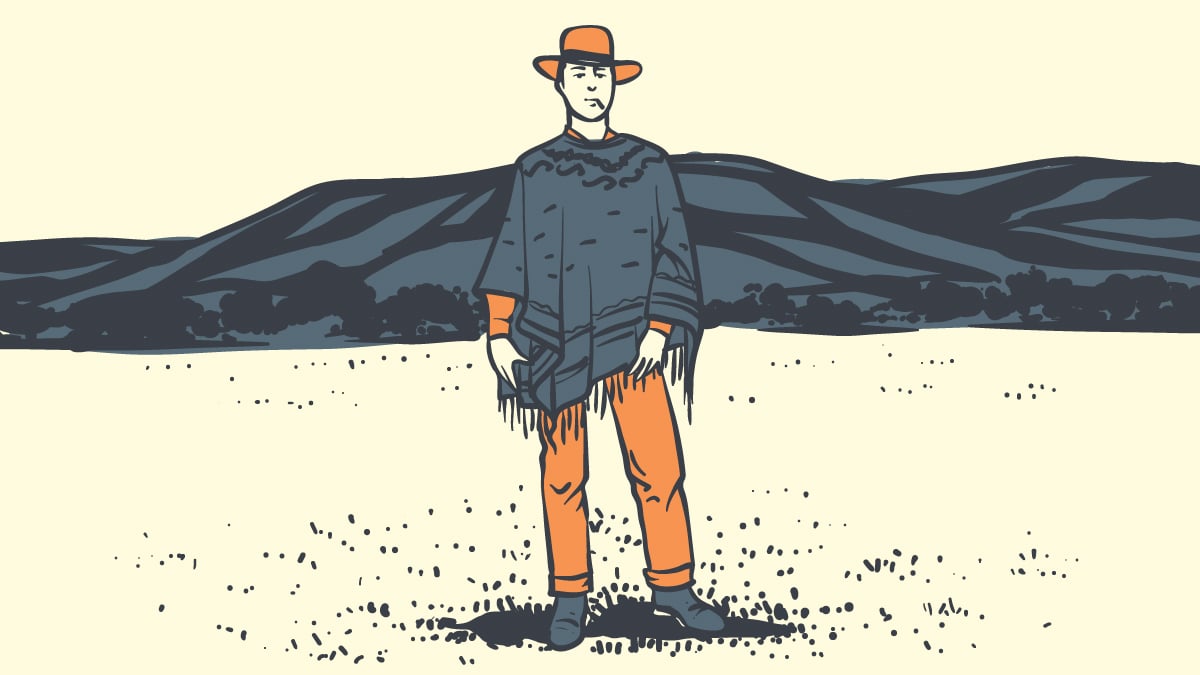 What kind of boots does Clint Eastwood wear?

Clint Eastwood wears tan-colored harness boots that he brought with him from the set of Rawhide in Sergio Leone’s “Man With No Name” trilogy. The origin and make of the boot are unknown, and the boots are plain, without markings or pull straps. The slanted heels are between 1¼” and 1½“ high. A close match is the Tecovas Johnny.

An outfit says a lot about a character, fictional, or not.

And when that character is the Man With No Name—and one of few words—that outfit does a lot of the talking.

It’s no wonder you want to wear Clint Eastwood boots.

What Boots does Clint Eastwood Wear in The Good, The Bad, and The Ugly?

While there’s no way of knowing exactly what pair of boots Clint Eastwood wears in The Good, The Bad, and The Ugly, the closest I could find is the Tecovas Johnny. It’s a classic tan suede cowboy boot that’s traditionally made. Tecovas Johnny Check Best Price
If you click this link and make a purchase, we earn a commission at no additional cost to you.

Clint Eastwood is wearing spurs throughout the film, and while I don’t recommend wearing spurs downtown, having some extra hardware on your boots is a solid look. For that, I recommend the Thursday Harness. It’s an o-ring harness-style boot that gives the same no care in the world look that Clint Eastwood has. Handmade by expert artisans in Portugal, the Harness Boot offers a uniquely sophisticated spin on the classic plain toe silhouette with just the right amount of attitude.

The Western film genre saw its heyday come and go between the ’40s and the late ’60s. Leone’s “Dollars trilogy” found its success with then-unknown Clint Eastwood in its central role.

In the titular spaghetti Western, there are only three outlaws. They’re out for blood and a ridiculous sum of money, culminating in the greatest Western standoff in cinema history.

Fitting, then, that Eastwood’s no-nonsense protagonist would reach for a pair of no-nonsense cowboy boots. His portrayal of the cigar-smoking antihero ties the trilogy together.

Man With No Name Boots

There’s much debate about the boots Clint wore for the Dollars trilogy.

According to one source, the wardrobe for the movies was a jumble of relics taken from a store in Santa Monica and “borrowed” from the set of his previous TV show, Rawhide. Like many Westerns before and since his overall costume is more expressive than historically accurate.

The boots he wears throughout the trilogy are tan-colored and square-toed. The brand is unknown and will remain that way unless Clint himself comes out and states which one he bought.

At heart and above all else, the boots are simple. They get the job done and take a beating. They look like they’ve seen a lot of action under the scorching sun of the American midwest. There are no elaborate markings and few distinguishing features: they resemble their owner.

The Boots With No Name.

Now, aside from the sheer convenience of “liberating” old props, the reason Eastwood opted for square-toed boots like the Tecovas Doc was that he found them comfortable. Compared with round-toed and pointed boots, there’s more wiggle room for the toes at the expense of useability. Tecovas Doc Check Best Price
If you click this link and make a purchase, we earn a commission at no additional cost to you.

Yet here we see the artistic license: The pointed boot is the historical boot of the cowboy—it’s easier to get into a stirrup and stay there when a stallion is galloping at full speed.

A shame, really. He could have taken the time to break in a pair of historically accurate cowboy boots. 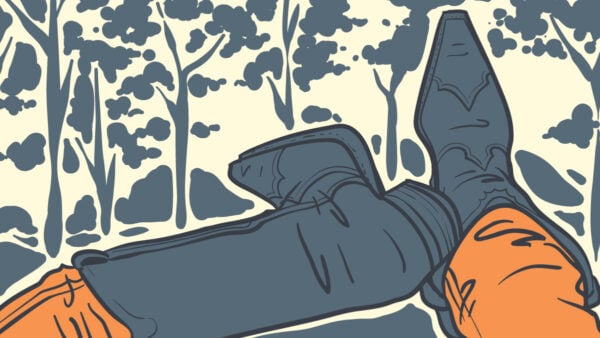 If a man walks into the room wearing cowboy boots, you notice. But what do cowboy boots say about a man? This list of seven things will fill you in.

Does Clint Eastwood Ever Wear Anything Besides Cowboy Boots?

Eastwood is best-remembered for his roles in spaghetti Westerns. But as an actor, he has played in (and directed) a slew of other movies since the 1960s.

From the renegade detective Callahan in the Dirty Harry series to the grumpy old-timer with a heart of gold in Million Dollar Baby and Gran Torino, Clint’s acting persona is destined for a rugged appearance, a callous demeanor, and a pair of fine shoes.

In virtually all of his Western films—The Texan, The Outlaw Josey Wales, Hang ‘Em High, and many others—he stands in frame with a pair of western boots proudly on display.

But, in spite of his reputation, Clint has starred in other genres, too. From war movies such as Where Eagles Dare, to modern dramas like Million Dollar Baby and Mystic River, he’s seen sporting a variety of other footwear.

Clint Eastwood opted for worn-out leather boots in the spaghetti Western “Dollars” trilogy. The boots in question were chosen for their alignment with the look and feel of the movies—and for their ruggedness and authenticity.

You see, in this world there’s two kinds of people, my friend. Those with loaded guns classic leather boots, and those without.

Tecovas Johnny Check Best Price
If you click this link and make a purchase, we earn a commission at no additional cost to you.

What are cowboy boots called?

There are two basic types of cowboy boots. The Roper is a modern style with a shorter boot shaft. The Classic (“Western”) style has a longer shaft that extends halfway up the calf and a taller heel that’s at least one inch.

How long do cowboy boots last?

A pair of finely crafted leather boots can last for ten years or longer with some care and attention. If exposed to intense stressors or corrosive chemicals, they’ll wear out much faster. Cowboy boots need to be re-soled occasionally.

Cowboys generally prefer round-toed and pointed-toed boots. This makes it easier to get in and out of stirrups while on horseback. Square-toed boots are increasingly popular but are better as walking boots. Clint Eastwood preferred square-toed boots because he reportedly found other variants uncomfortable.

What boots did John Wayne wear? 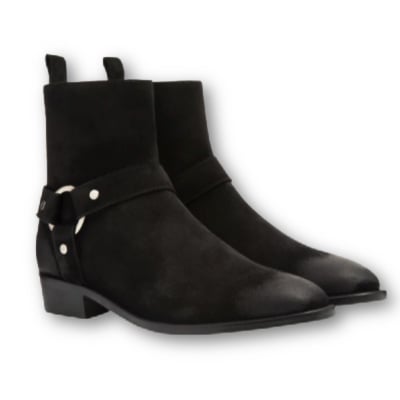 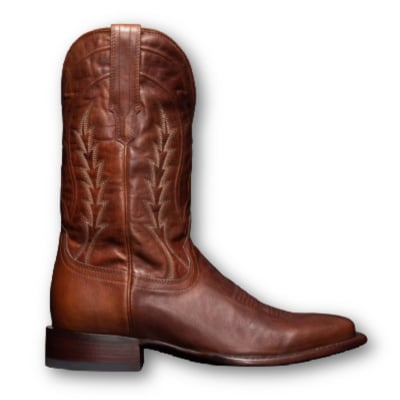