What is a Met Guard in Boots? 3 Reasons You Need a Metatarsal Guard 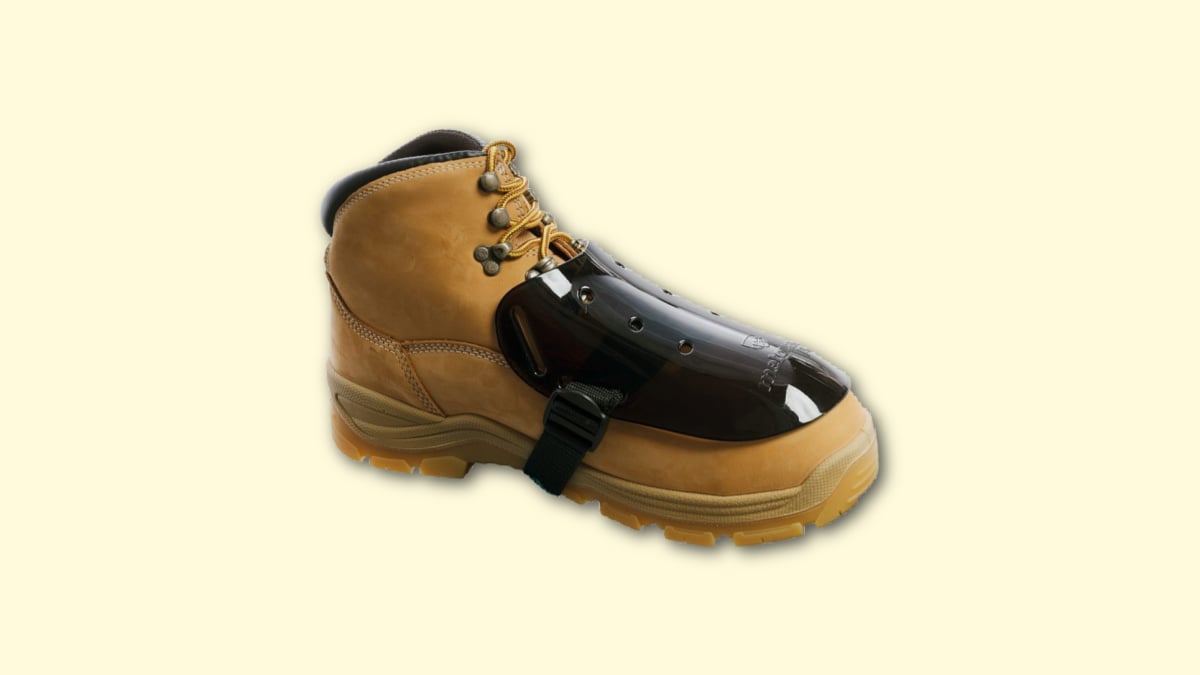 What does “met guard” mean in boots, and what does it do?

Part of being safe at work is making sure you’re wearing the right PPE. Your boots need to protect you, and sometimes a steel toe just isn’t enough.

Today’s your lucky day if you need complete protection for your feet and don’t know what a met guard is. I’ve not seen foot protection this comprehensive on anything less than a suit of armor, so I thought I would share with you just how safe your feet could be wrapped in a metatarsal guard.

What is a Met Guard?

A met guard is a protective cover that prevents severe injuries to your metatarsal bones; think steel toe cap, only extended over the top of your foot. Met guards are designed to offer additional protection for your feet; if you’ve ever used a kiltie on your boots before, a met guard covers a similar area, only with much greater protection. 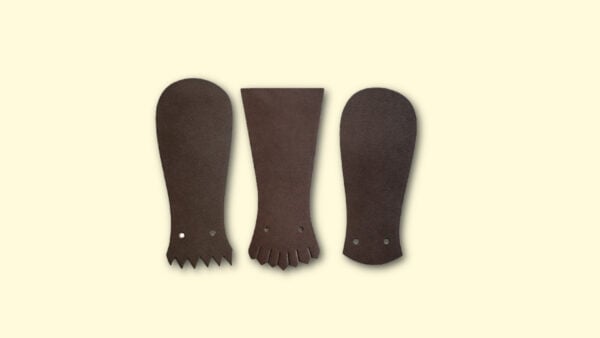 A boot kiltie adds an extra layer of protection to your boots. But what are the benefits and drawbacks false tongues can offer? Let’s find out!

If you’re unsure where your metatarsal bones are, they’re the small bones in the top of your foot (look here for an in-depth explanation).

The hard, bony bit on the top of your foot doesn’t get the protection it needs; there’s very little fat, no muscle, and nothing to protect you apart from the work boots you’re wearing. A met guard solves this problem for you by adding a layer of protection that can stop all kinds of accidental injuries. 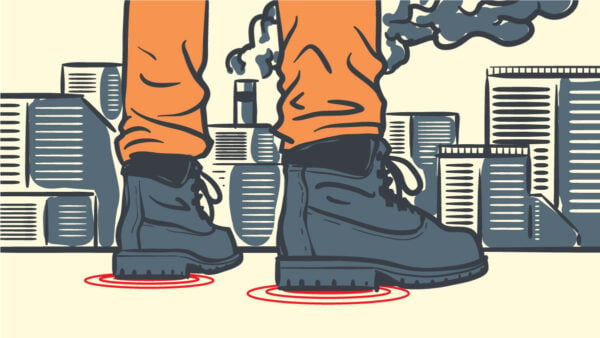 The wrong shoes at work is bad news bears if you suffer from heel pain. These are the best work boots for plantar fasciitis to ease your suffering fast.

From sudden impacts such as dropping things on your foot to slow compression injuries like having a log or truck roll over your foot, a met guard can be the difference between a bruised foot and a shattered metatarsal. Depending on your needs, or even whether you want a boot with a met guard hidden or in plain sight, you’ve got two options, an internal met guard or an external.

As the met guard is on the inside of the boot, it needs to be flexible enough to move when you do; a rigid internal met guard would feel like walking around with a steel bar strapped to your foot. To combat that, internal met guards are made of pliable materials that are then covered in fabric to keep your boot feeling comfortable. 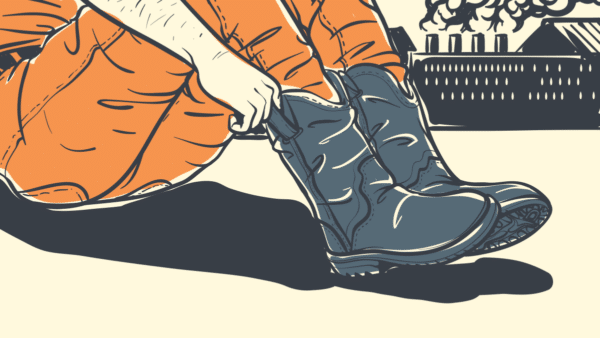 How To Break in Work Boots: 9 Proven Ways

Breaking in a pair of stubborn work boots can feel worse than a forklift running over your foot. Follow these 9 tips to make the break-in period smooth sailing.

The met guard won’t affect your foot’s movement as the met guard is composed of many smaller sections that are then overlapped, a bit like a suit of armor or a snake’s scales. Internal met guards can also be covered with Urethane to add even more shock absorbing capabilities.

A pair of boots with an internal met guard could be perfect for workplaces where there are loose, heavy materials that could drop onto your feet. You can go for work boots, tall boots, or even something a little sleeker, such as the Keen Utility Detroit XT Low Steel Toe Metatarsal Guard Work Shoe; the name is a mouthful, but your feet will thank you for the added protection. KEEN Utility Metatarsal Guard Work Shoe Buy Now at Amazon
If you click this link and make a purchase, we earn a commission at no additional cost to you.

External met guards are, unsurprisingly, on the outside of the boot and act as a protective shell for the top of your feet. External met guards offer premium protection for your feet and are especially adept at protecting your foot from being crushed. A great example of an external met guard can be found on the Timberland Pro Endurance 6” Metguard Steel Toe Work Boot. 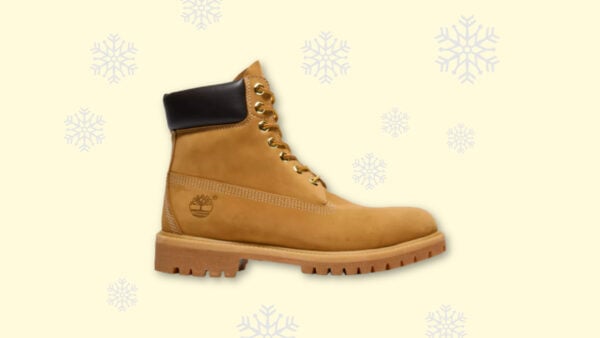 If you’re about to lace up your Timberlands and head outside in the snow and ice, read this guide first to make sure you’re not about to ruin your boots.

While internal met guards offer the same damage limitation from dropping something heavy on your foot, an external met guard acts like a tortoise shell. They’re not the most attractive things to look at, but in a dangerous work environment where there’s a serious risk of your feet being crushed, I would dress as a rubber chicken if I thought it would help keep me safe. Timberland PRO Endurance MetGuard Boot Buy Now at Amazon
If you click this link and make a purchase, we earn a commission at no additional cost to you.

Why Get a Boot with a Metatarsal Guard?

Before Health And Safety laws, you could wear what you wanted, but if you got injured, it was on your head; if your injury prevented you from working, you didn’t get paid. Thanks to better legislation, and a healthy dose of common sense, workers now need to wear PPE at work to keep them safe; steel toe boots are a prime example of this. 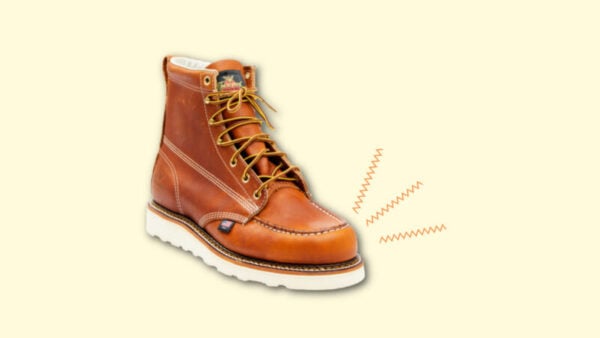 If you’re wearing steel toe boots every day, there are a few things you need to know to make sure you don’t create any foot problems or injuries don’t the road.

I’m not saying that met guard boots will become required in every work environment, but if you know that there’s a risk of a foot injury, and you’re relying on whatever drops or rolls onto your foot hitting the steel toe, then why not think about investing in a pair of boots with a met guard? 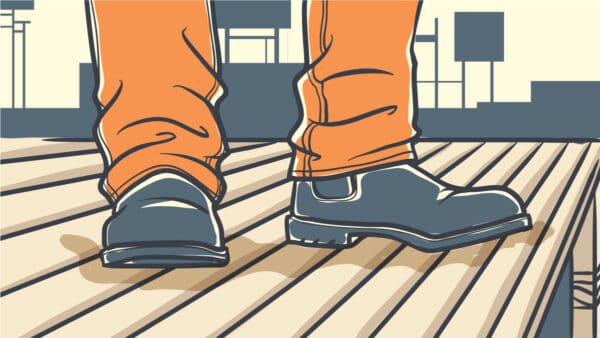 8 Best Work Boots Under $100: Stay Safe Without Breaking the Bank

You don’t need to break the bank to get quality work boots on a budget. Stay safe, comfortable, and save a few bucks with our 8 best work boots under $100.

In steelworks, where heavy machinery and loads can land on top of your foot, and even hot materials that could potentially burn your foot, an external met guard will keep you as safe as humanly possible. It could be that the question is, “why haven’t you got a pair of boots with a met guard?”

While many boots will, over time, stretch and become even more comfortable, everything I’ve been able to find online suggests that this isn’t the case with met guard boots. It’s hardly surprising; an external met guard is a solid, robust covering of either metal or composite. It’s unlikely to stretch with wear.

Overall, a met boot is just as comfortable as any other boot, and many styles of boot are now available with a met guard. Styles range from tall rubber boots such as the Muck Boot Men’s Chore Max Met Guard boot, which is as comfortable as it is waterproof, to work boots like the Timberland Pro Endurance Met Guard Steel Toe Boot. Muck Boot Men’s Chore Max Met Guard Check Best Price
If you click this link and make a purchase, we earn a commission at no additional cost to you.

Prices vary for safety boots, you’ll always pay a premium for quality, but the addition of a met guard doesn’t impact the cost too much. Both the Timberland Pro Endurance Met Guard and the Chore Max Met Guard boot from the Muck Boot Company are reasonably priced.

Timberland PRO Endurance MetGuard Boot Buy Now at Amazon
If you click this link and make a purchase, we earn a commission at no additional cost to you.

After extensive online research, nearly all the boots I found to have met guards were comparable in price to standard work boots. If you’re considering upgrading to a safer pair of boots and are worried your employer won’t cover the extra cost, you should be fine; if they paid for regular work boots, they’d probably pay for met guard boots too. 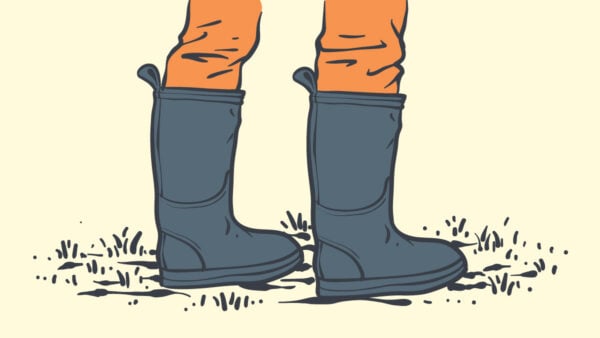 Rainy days and messy work calls for Muck Boots. Keep your feet warm and dry with our picks of the very best Muck Boots on the market today.

You don’t see many people wearing boots with met guards, not external ones anyway, but that’s probably going to change; PPE and workplace safety are big business. And any boot with the level of protection that the Timberland Pro Endurance Met Guard Steel Toe Boot offers is okay by me.

I recommend you look into met guards if you work in hazardous environments where the top of your feet is at risk. Workman’s comp isn’t as nice as it sounds.

Are met guards and metatarsal guards the same?

Certain employers may now require that workers wear boots with a met guard, in much the same way that steel toe boots are a requirement in some environments. It is up to each employer to determine whether met guards are a must, and if the company decides that they are, they should provide them for employees.

Boots with a met guard are often not noticeably more expensive than regular safety boots, so your employer should have no issue buying the boots or reimbursing you if you buy your own.

Absolutely; most people who need to wear steel toe boots for work know that the steel toe protects against numerous dangers, and once met boots become more widespread, the benefits will become much more well-known.

Jon has a passion for all things retro, especially if it’s themed around the 80s or has a classic western look. He spends his time writing about 80s culture, history, technology, and western boots. His lifelong ambition is to bring back the 80s, he also lives for the day when cowboy boots become compulsory. You can reach him at copywriterchap@copywriterchap.com. 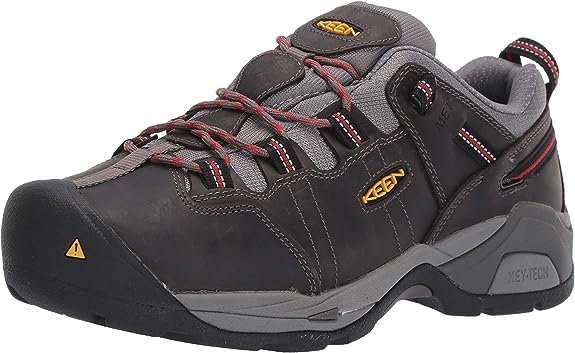 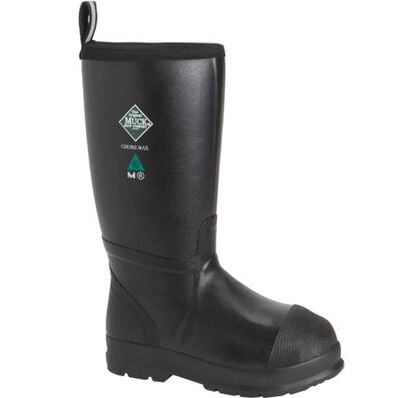 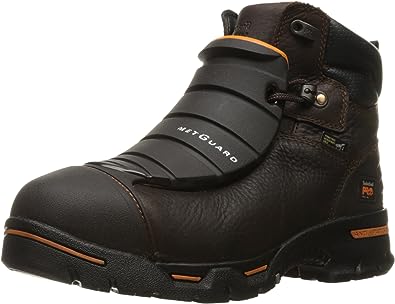