Tim McGraw Boots: What Kind of Boots Does He Wear? 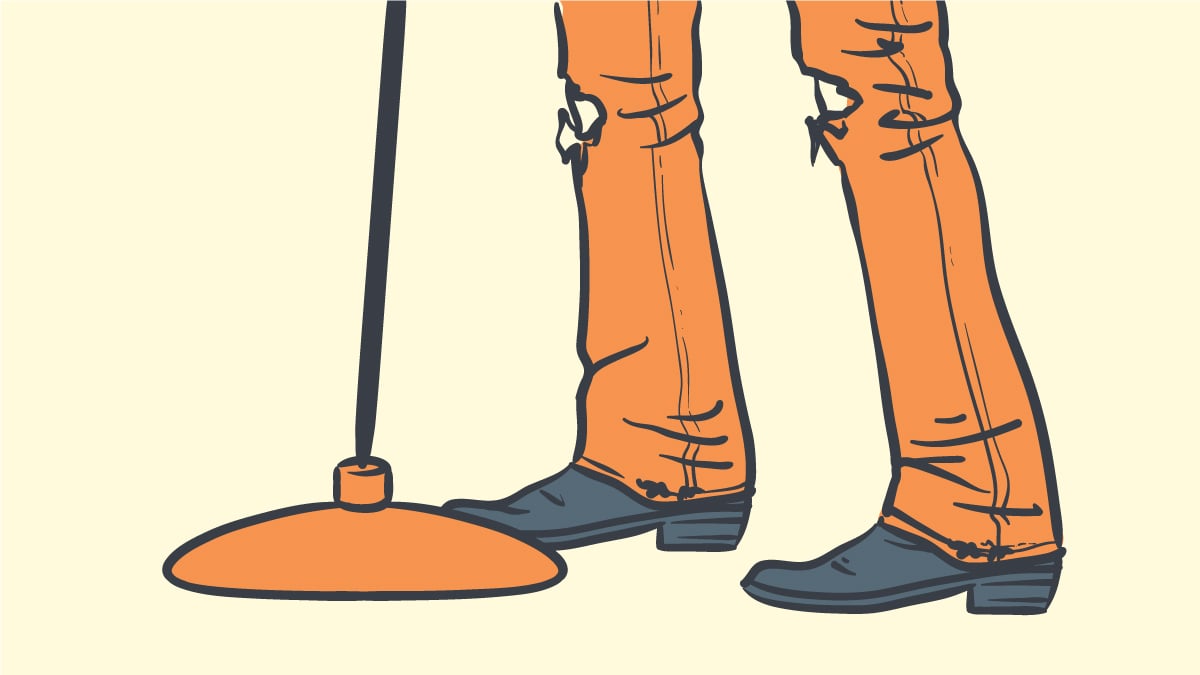 What kind of boots does Tim McGraw wear?

Tim McGraw has been spotted in a wide variety of boots with different stylistic features. That said, he is particularly partial to ankle-height western boots like the Ranch Road Johnny Black. These boots feature a slightly taller shaft than a typical ankle boot, giving just enough height for a bit of country attitude while keeping it versatile. The 1 inch heel adds a bit of flare while staying subtle.

The country star occupies a unique place in the stylistic pantheon.

They’re generally humble and approachable, employing an every man kind of style, while still having a bit of rock and roll flash.

Tim McGraw is among the best examples of the classic country musician’s blend of edge, flare, and approachability.

He often rocks simple pieces like plain tees and blue jeans lending him an air of relatability. What sets him apart though—elevating his outfits from average to exciting—are his boots.

If you want to incorporate a bit of McGraw’s subtle style elevation into your life, you’re in the right place. Here are the boots you’ll need, and a few alternatives for you to consider.

Tim McGraw is a man rooted in his humble beginnings but always with an eye to the future. His boots reflect that.

While he doesn’t stick with a single pair, McGraw does have a favorite style. He’s consistently photographed wearing ankle-height western boots.

The uniting factor in all McGraw’s boot choices is that his boots take the classic cowboy silhouette and elevate it with dressier elements. They all tend towards sleekness, featuring a bit of heel to add that rock and roll flare.

The shorter boot shafts allow McGraw to tuck the boots into his pants, keeping his look polished and subtle.

If you’re looking to copy McGraw’s style, there are an endless array of options on the market. Our choice: this pair from Franco Cuadra. FRANCO CUADRA Genuine Deer Leather Boot Buy Now at Amazon
If you click this link and make a purchase, we earn a commission at no additional cost to you.

These boots feature a slim silhouette, just like the boots McGraw frequently wears. This means you can easily tuck them away under your pant legs, giving you the same smooth subtlety in your look.

The slightly elongated shaft is just high enough to give these boots that cowboy feel without you needing to plan your entire outfit around them. They easily incorporate into a wide variety of outfits, from the subtle to the sophisticated.

A 1 inch heel adds just enough height to make a statement without going overboard. You won’t have to relearn how to walk in these bad boys, but you’ll feel the rock and roll swagger with each step you take.

The zipper on the side makes these boots easy to throw on, making it a cinch to incorporate them into any situation. Thanks to their versatile look, you’ll probably be sporting them often.

Finally, the subtly faded calfskin exterior lends these boots the perfect amount of western, grounding the look in the approachability that defines country music. Ranch Road Boots Johnny Black Check Best Price
If you click this link and make a purchase, we earn a commission at no additional cost to you.

If you want to add a luxurious feel to your Tim McGraw look, the Ranch Road Boots Johnny Black is the perfect way to do so.

This boot features a sophisticated polished leather outer. The shininess invokes the style of Johnny Cash, leaning a bit more into the rock and roll aesthetic. The slightly taller 1 ½ inch heel further contributes to their sleek edge.

These boots are a great way to bring country style to a more sophisticated look. Florsheim Duke Buy Now at Amazon
If you click this link and make a purchase, we earn a commission at no additional cost to you.

If you want to try out Tim McGraw’s look but you’re not ready to splurge, the Florsheim Duke is a great place to start.

This boot provides the same basic silhouette as the above-mentioned options, but for far less. They’re relatively plain and understated, serving as the perfect trial for ankle western boots.

They feature a 7 inch shaft, making them just slightly shorter compared to the Franco Cuadras. Their 100% leather outers will provide the authentic western look without breaking the bank.

McGraw’s stylistic signature comes from his willingness to bring country to an elevated place. His favorite way to do so is with a pair of western ankle boots.

If you’re looking to emulate his look, the best place to start is with a pair by Franco Cuadra. They bring the ruggedness of country life to a sleeker shape, giving you endless versatility.

FRANCO CUADRA Genuine Deer Leather Boot Buy Now at Amazon
If you click this link and make a purchase, we earn a commission at no additional cost to you.

If you aren’t ready to commit yet, ease into it with the Florsheim Duke. They serve as an entry point while keeping all the important stylistic elements you need to channel your inner country star.

Ranch Road Boots Johnny Black Check Best Price
If you click this link and make a purchase, we earn a commission at no additional cost to you.

Did you enjoy the article? Which boots will you add to your closet? Subscribe to our YouTube channel for more handy boot wearing tips.

Which boots did Tim McGraw wear during the 2014 ACM Awards?

While he didn’t disclose the specifics, Tim McGraw’s boots at the 2014 ACM Awards are standard western ankle boots. What sets them apart is that they are constructed from crocodile rather than standard leather. This pair is similar to the pair he wore.

What kind of boots did Tim Mcgraw wear in the Top of the World video?

Tim McGraw sports a pair of western ankle boots in the Top of the World video. They appear to be made of crocodile rather than leather. This pair is similar to his.

Bradon is a fashion journalist intent on helping guys realize their full style potential. After buying his first pair of dress boots in college, he realized how impactful the right pair of shoes can be. He hopes to help you discover your perfect pair so you can experience that feeling for yourself. 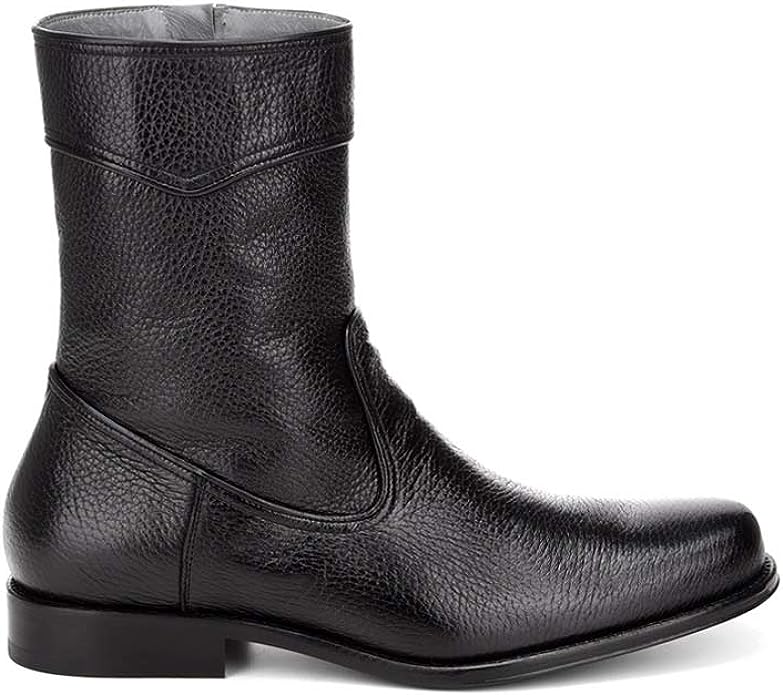 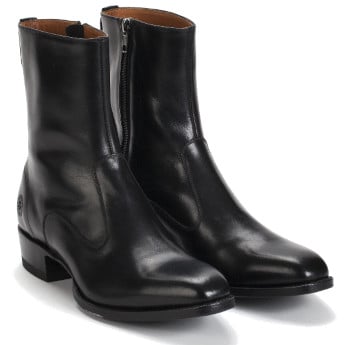 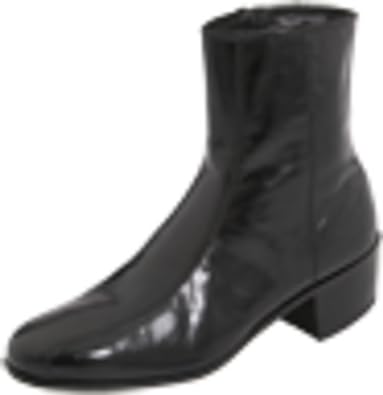 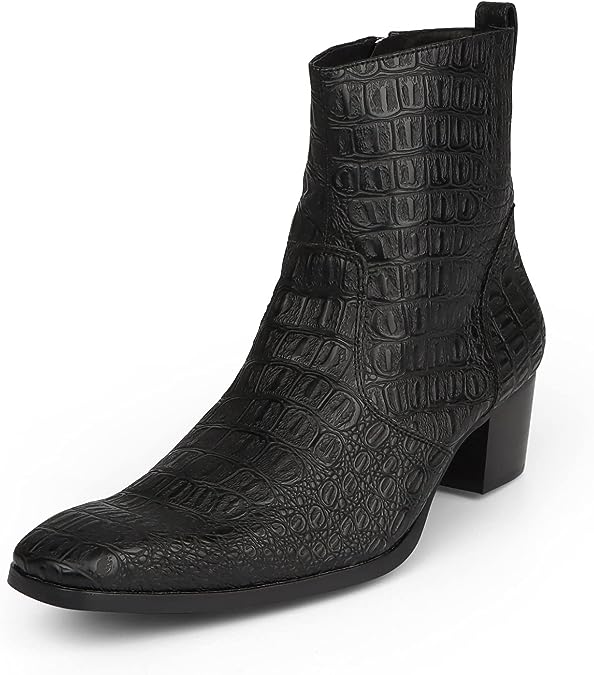