Rick Grimes Boots: What Kind of Boots Does He Wear? 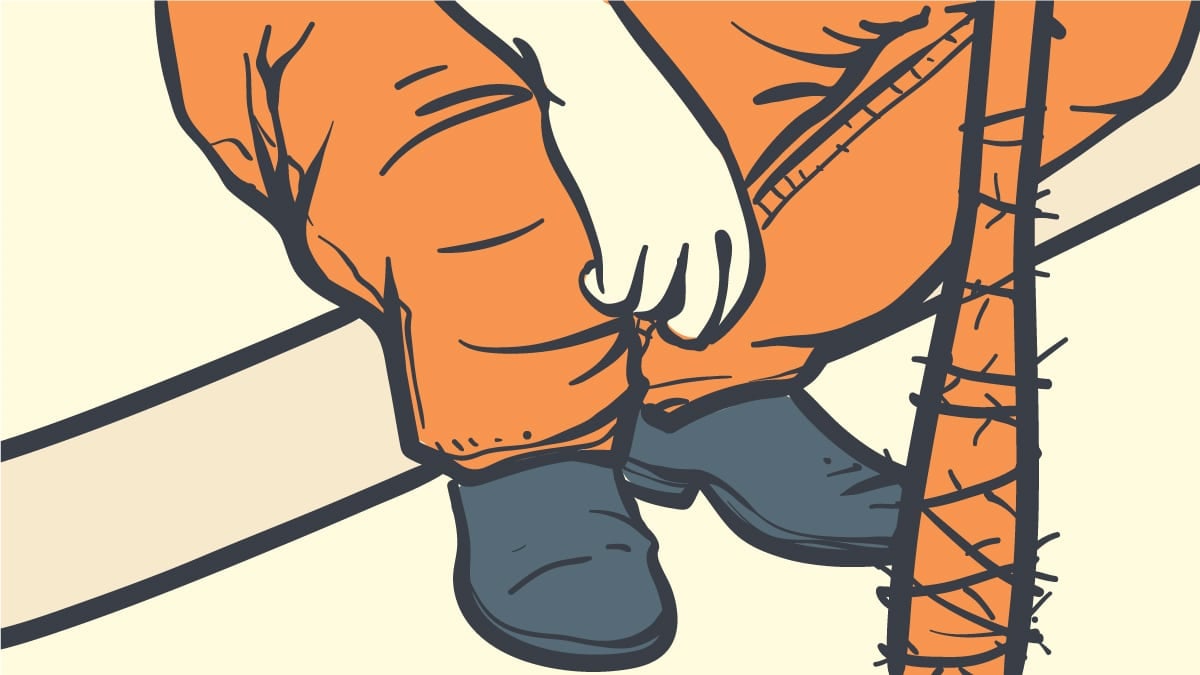 What kind of boots does Rick Grimes Wear?

In the TV Show The Walking Dead, Rick Grimes wears the Justin Boots Classic Western Boots, specifically the Buck model. They’re a classic cowboy boot, complete with the traditional embroidery. Through his ten-season run, Grimes is sporting them in Bay Apache, Dark Brown, or Chestnut.

We’ve all played that hypothetical zombie game at the pub with the boys. You know the one.

Who would play what stereotypical role in a zombie apocalypse? Which guy would definitely die first, and which bro you’d want in your tribe.

These days, it’s basically a “which character in The Walking Dead would you be?” game. And we all want to be Rick Grimes. At least, we all want to look as cool as he does. Specifically, we’re talking about his stylin’ boots.

We found the pair Rick wears throughout all his ten seasons, plus two alternatives for you non-cowboys and budget-shoppers.

Rick Grimes sports a pair of genuine cowboy boots throughout his entire run on The Walking Dead. Cowboy boots are made for horse-riding, so props to the onset stylists for doing their homework. As a sheriff in King County, Georgia, it’s likely Grimes was part of a mounted patrol unit.

Cowboy boots feature a high slanted heel to prevent your foot from slipping forward in the stirrup. Traditionally, the heels are built with individual slabs of stacked leather. This makes them easier to repair since you can just replace stacks as they wear out.

Classic cowboy boots are laceless, high-shafted, and leather-constructed. Some are made from fancy skins like alligator and snake, but we’re sure ever-practical Sheriff Grimes sticks to durable cowhide.

Rick must absolutely be rocking a pair of Justin Boots Classic Western Boots, specifically the traditional Buck model, based on the patterns on his uppers. Justin Boots Classic Western Boot Buy Now at Amazon
If you click this link and make a purchase, we earn a commission at no additional cost to you.

Justin Boots Co. is a heritage bootmaker based in Texas. They were the first to stitch rows across the tops of boots. This stiffens the tops and ensures they don’t fold down towards your ankle. This stitch is now an iconic Western-style design, still prevalent in the Classic Western Bucks.

The Bucks are 100% leather and the shaft measures 13 inches from the arch. The heel is just shy of two inches.

It’s hard to tell what color Grimes is sporting since they’re always worn and dirty, and occasionally bloody from all of that zombie killing. Upon close inspection and binge-watching though, they’re likely one of three versions:

Each version boasts Justin Boots’ patented J-Flex system, which is a covered, cushioned insole and triple density insole board. This makes the Bucks more comfortable and responsive than the average cowboy boot, perfect for running for your life. 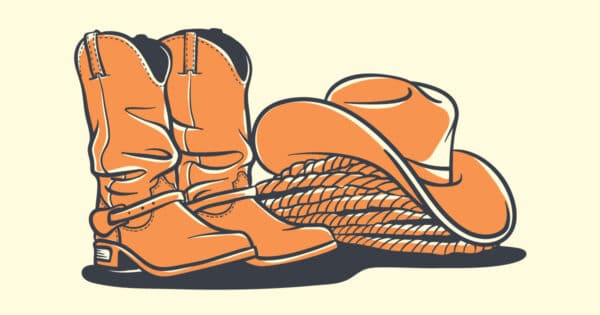 How Should Cowboy Boots Fit? Quick Tips to Wrangle Comfort

Not sure if you have the right size cowboy boots? Our complete guide on how cowboy boots should fit has everything you need to know before hitting the ranch.

If you want to emulate Grimes’ masculine and casual look, but want something more practical for city streets, the Ariat Men’s Workhog H2O are your guys. They’re the work boot version of the Justin Western Bucks. Ariat Workhog H2O 400g Composite Toe Buy Now at Amazon
If you click this link and make a purchase, we earn a commission at no additional cost to you.

Its full-grain leather construction and complex embroidery gives it the cowboy boot aesthetic, but it has a lower heel and a composite toe for protection.

Ariat is known for infusing athletic footwear technology into riding boots. The Workhogs often have a quick and painless break-in period.

For a budget-friendly option, check out the Old West Western Boots.  They’re a fraction of the price of the Justins because they’re built with Polanil, which is pieces of leather scraps bonded together. Old West Distressed Polanil Western Boot Buy Now at Amazon
If you click this link and make a purchase, we earn a commission at no additional cost to you.

From the 1.75 inch heel to the distressed brown leather, these boots still fully look the part. Even the traditional embroidery is impressive given its low price.

A post shared by The Walking Dead by Axel 🧟‍♂️ (@thewalkingdead._.__)

We can’t all be the Rick Grimes of the group during a zombie apocalypse, but we call take inspiration from his rugged, tough-guy look. Grimes’ wears the Justin Boots Classic Western Boots, Bucks model.

Justin Boots Classic Western Boot Buy Now at Amazon
If you click this link and make a purchase, we earn a commission at no additional cost to you.

For a lower heel, try the Ariat Workhogs. For a lower price point, go for the Old West Boots.

Pair these with an unwavering sense of duty and an occasional dip into the dark side, and you’ll be all set for the next apocalypse.

What kind of boots does Rick Grimes wear?

What brand of shirt does Rick Grimes wear?

When he isn’t in his sheriff’s uniform, Rick Grimes is often sporting a practical and durable button-down. The Ralph Lauren Denim Supply Western Shirt is one of his most recognizable shirts. 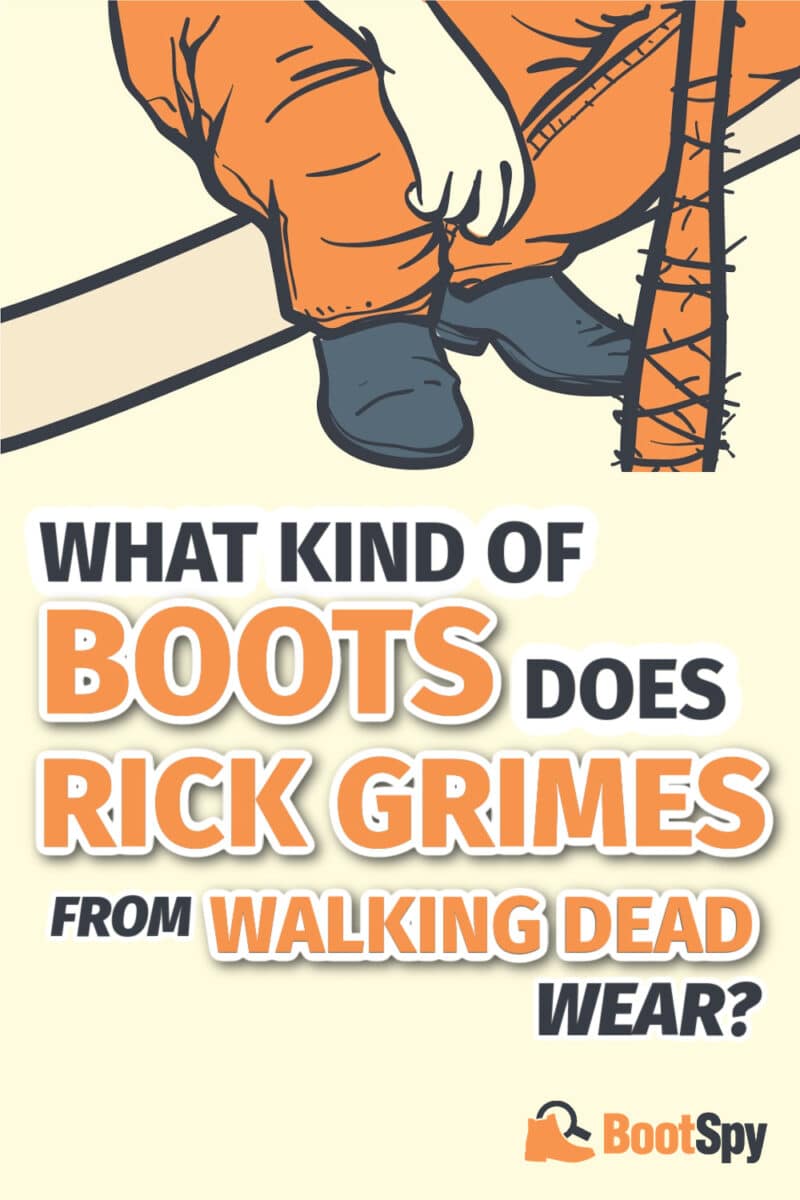 LA-born, New York-based lover of culture and optimism. Perpetual watch-wearer. Always holding a martini or a football. My favorite subjects in school were recess, PE and prom. 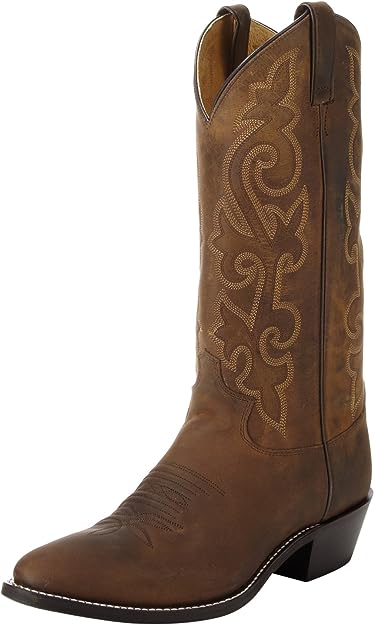 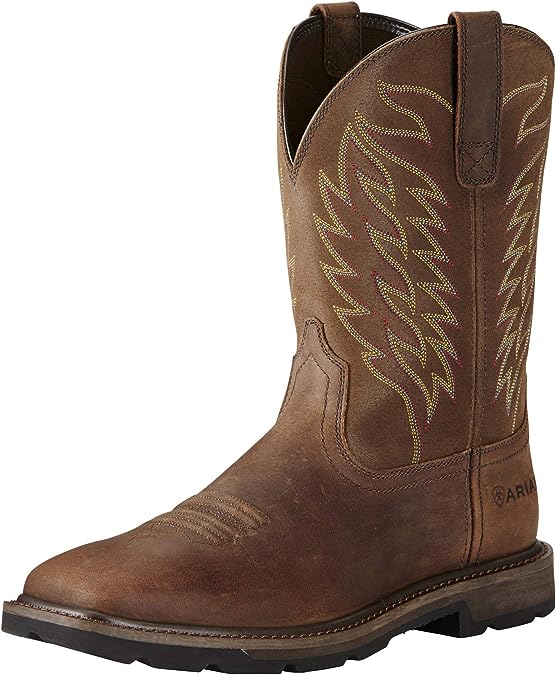 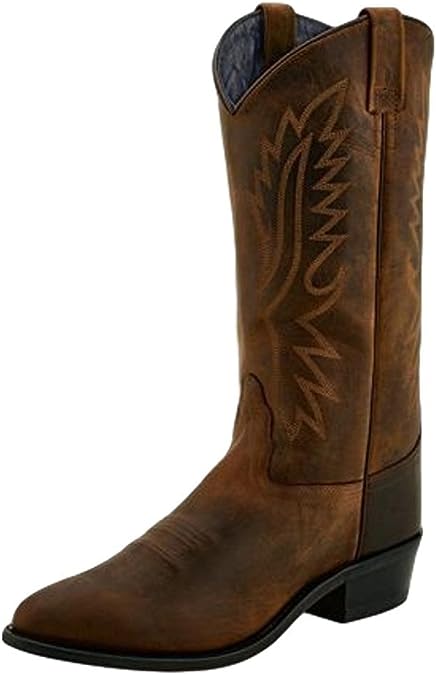