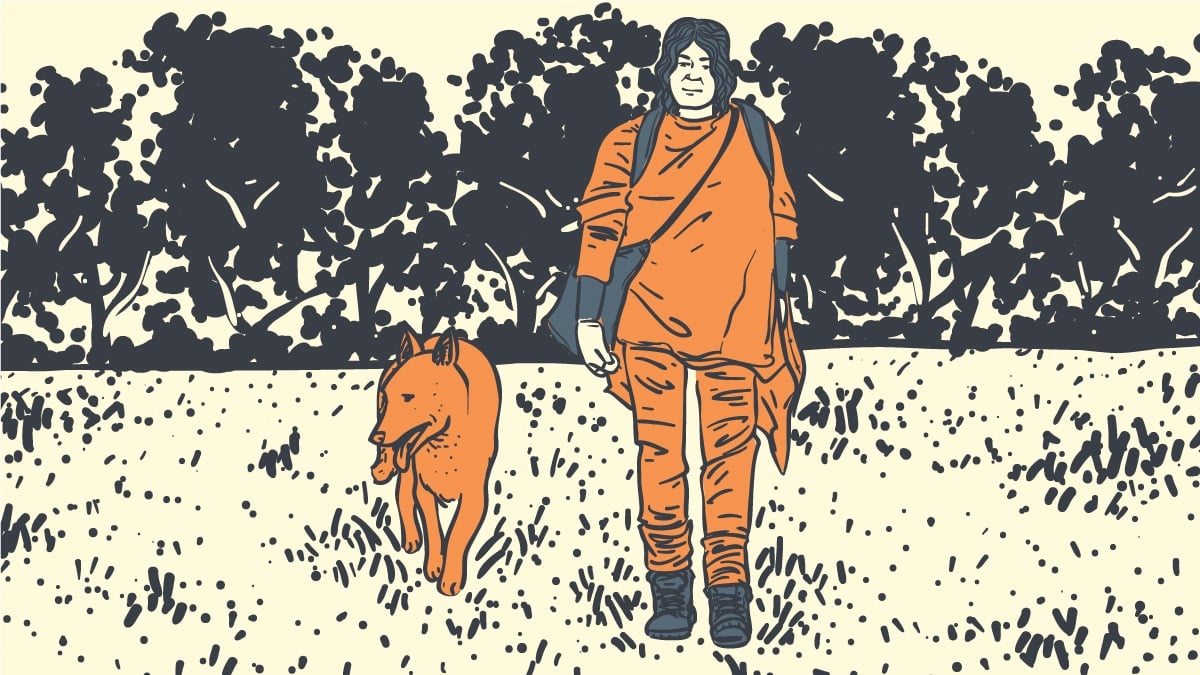 What kind of boots does Daryl Dixon Wear?

Some guys want to be Batman and some guys Superman.

Maybe you’re the Sergeant Murtaugh to your best bro’s Sergeant Riggs, the Jordan to his Dennis Rodman.

In the face of a zombie apocalypse, any guy would either want to be Rick Grimes, or Daryl Dixon. Sure Grimes is hard-working and loyal. But Dixon, often surly and always resourceful, has an edgy cool factor about him. 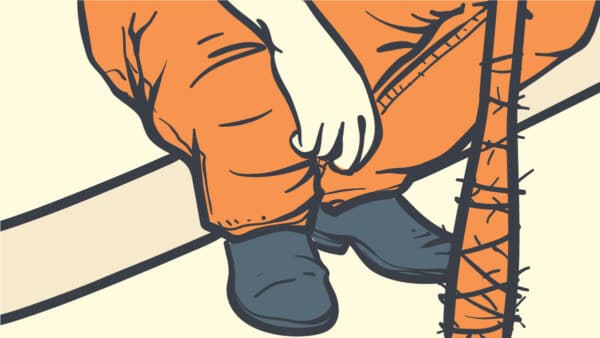 Rick Grimes Boots: What Kind of Boots Does He Wear?

Who doesn’t want to look as cool as Rick Grimes from The Walking Dead? We’ve scoured the web to find Rick Grimes’ Boots. Here they are, plus two alternatives.

We don’t all exude the renegade toughness of The Walking Dead’s rebel protagonist, but we can definitely take on his rugged style.

We found those handsome boots that Daryl Dixon is always sporting throughout the show’s 10 seasons. We also found two alternatives, one for the budget-conscious and one for the fashion-forward.

Throughout his adventures and near-death experiences on The Walking Dead, Daryl Dixon sports a pair of leather lace-up boots with a moccasin-style toe, the stitching visible around the front of the boot. It’s definitely a classic outdoor work boot, which makes perfect sense since Dixon is a professional hunter.

The design crew’s attention to detail on this show is impressive. Remember that Dixon is a Northern Georgia native, who grew up in less than ideal social and financial circumstances—classic tough guy back story. He very likely, if not definitely, wears a pair of Red Wing Heritage 8-inch Moc boots. 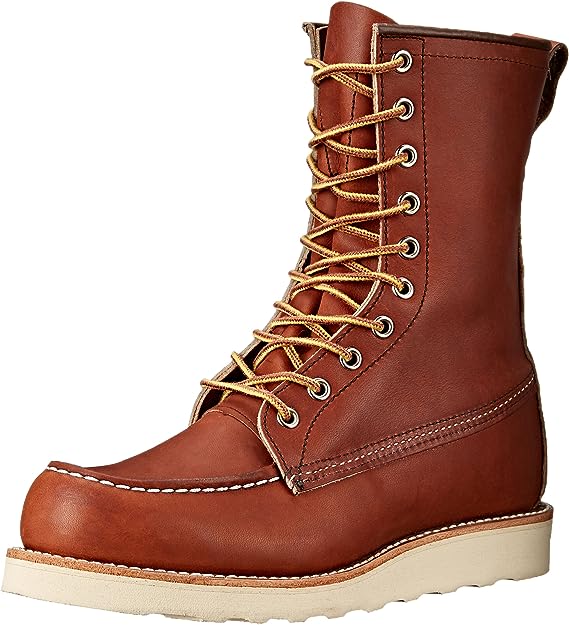 Famously worn by Daryl Dixon of the hit TV series, The Walking Dead, the 8-inch Moc is one of Red Wing’s most famous models from their Heritage Collection. The moc toe design, dark gunmetal eyelets, and the Traction Tred rubber outsole are all trademark features.

Check Best Price on Amazon
If you click this link and make a purchase, we earn a commission at no additional cost to you.

Not only do they look the part, but Dixon is surely the kind of guy to go for old-school ruggedness and protection over contemporary comfort technology. He’s a skilled bowman after all. Not to mention that there are two huge Red Wing stores in Northern Georgia.

The 8-inch Moc is one of Red Wing’s most famous models from their Heritage Collection. They first came out in 1952, built specifically for hunters just like Dixon. The moc toe design, dark gunmetal eyelets, and the Traction Tred rubber outsole are all trademark features.

Dixon’s flat-bottomed, shallow-lugged outsoles are a dead giveaway to his boots’ Red Wing identity. As an outdoorsman, you want stability and slip-resistance, but you don’t want aggressively deep lugs that’ll pick up everything you step on.

Dixon’s boots can obviously take a beating. The Nubuck leather 8-inch Mocs are built with Red Wing’s Puritan triple stitching, a long-patented technique in which latex is melted into the sewing thread for more water resistance. Of course, they’re also Goodyear welt constructed.

Since they’re always covered in dirt, debris, and zombie brains, it’s difficult to tell which colorway he’s wearing. Red Wing’s brown version is a warmer and lighter hue, with a reddish tint. The copper version is much darker, and actually looks more like a brown tone.

If you’re leaning more into the fashion aspect of Dixon’s rough-and-tumble look, give the Thursday Boots Diplomats a go.

Not that they aren’t tough boots, far from it in fact. They’re equipped with steel shanks for support and protection and are Goodyear welted, just like the Red Wings. These guys will last you years.

What makes the Diplomats so popular is that they feature lower toe boxes and are more tapered than average moc toe boots. Since they’re less block-like, you can dress them up in ways you can’t with the Red Wings. Many men love the idea of a moc toe, but fear the clown-foot effect, or wish they were more versatile. The Diplomats solve both of these problems.

They’re also cheaper than the Red Wings, which is a plus, but they aren’t the cheapest. That award goes to our next entry. 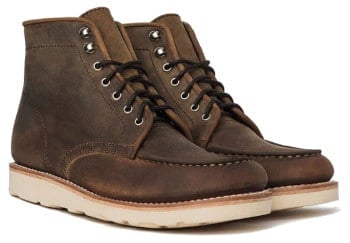 The Thursday Boots Diplomat is a one-of-a-kind moc toe. Most comparable boots have a huge toe box that doesn’t work well with a pair of fitted jeans or chinos. Combine a slim design with high quality materials like a Vibram Christy wedge sole, steel shank, and Thursday’s excellent oil-tanned Rugged & Resilient leather, and you’ve got a winner here. 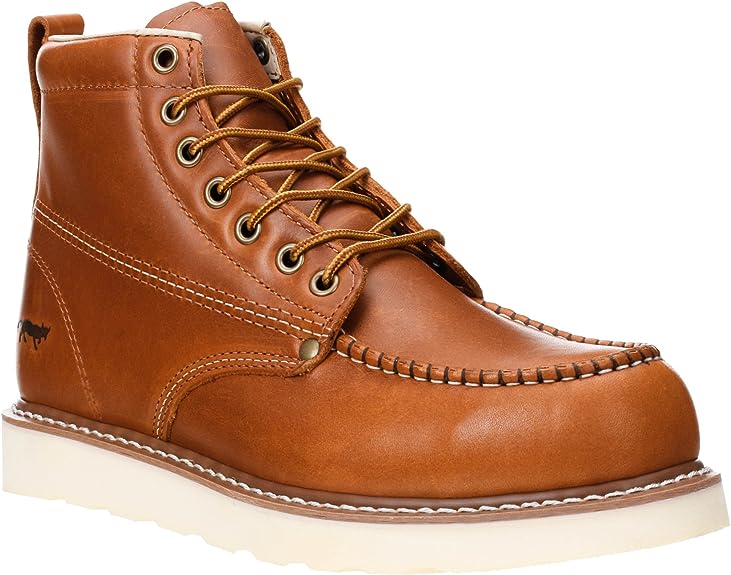 For just around, and often under, $100, you get a lot with the Golden Fox Moc Toe Work Boots. They’re Goodyear welted and come with shock-absorbing polyurethane cushion insoles.

On the style front, they’re actually a bit more robust than the Red Wings. The moc-stitching is woven vertically, with the two upper pieces sticking out, for a thicker junction line. At six inches, they’re also shorter, adding a hiking boot-like stoutness.

They wouldn’t be good Red Wing alternatives without the wedge soles, and the Golden Foxes feature similar, not exact, tread patterns as the Heritage Classic Mocs. These plastic slabs absolutely won’t last you as long as the Red Wings or the Thursday Boots, but this is hardly offensive for the price you’re paying.

Who doesn’t want to be as fearless and defiant as Daryl Dixon? Our favorite rebel zombie killer stomps around in the 8-inch Moc Boots from Red Wing’s Heritage Collection.

Famously worn by Daryl Dixon of the hit TV series, The Walking Dead, the 8-inch Moc is one of Red Wing’s most famous models from their Heritage Collection. The moc toe design, dark gunmetal eyelets, and the Traction Tred rubber outsole are all trademark features.

Check Best Price on Amazon
If you click this link and make a purchase, we earn a commission at no additional cost to you.

If you’re looking for more fashionable and modern footwear, the Thursday Boots Diplomats take the moc toe concept and repackages it into a sleek and sophisticated urban shoe.

If you’re on a budget, or even if you want something bulkier, the Golden Fox Moc Toe Work Boots are a third of the price, with a taller silhouette.

Whether or not you’re an outdoorsman, a good pair of moc toe boots is definitely a style staple. Just don’t pair them with your crossbow if you’re wearing them to brunch.

LA-born, New York-based lover of culture and optimism. Perpetual watch-wearer. Always holding a martini or a football. My favorite subjects in school were recess, PE and prom.

Check Best Price on Amazon
If you click these links and make a purchase, we earn a commission at no additional cost to you.
Get Our Free PDF Guide 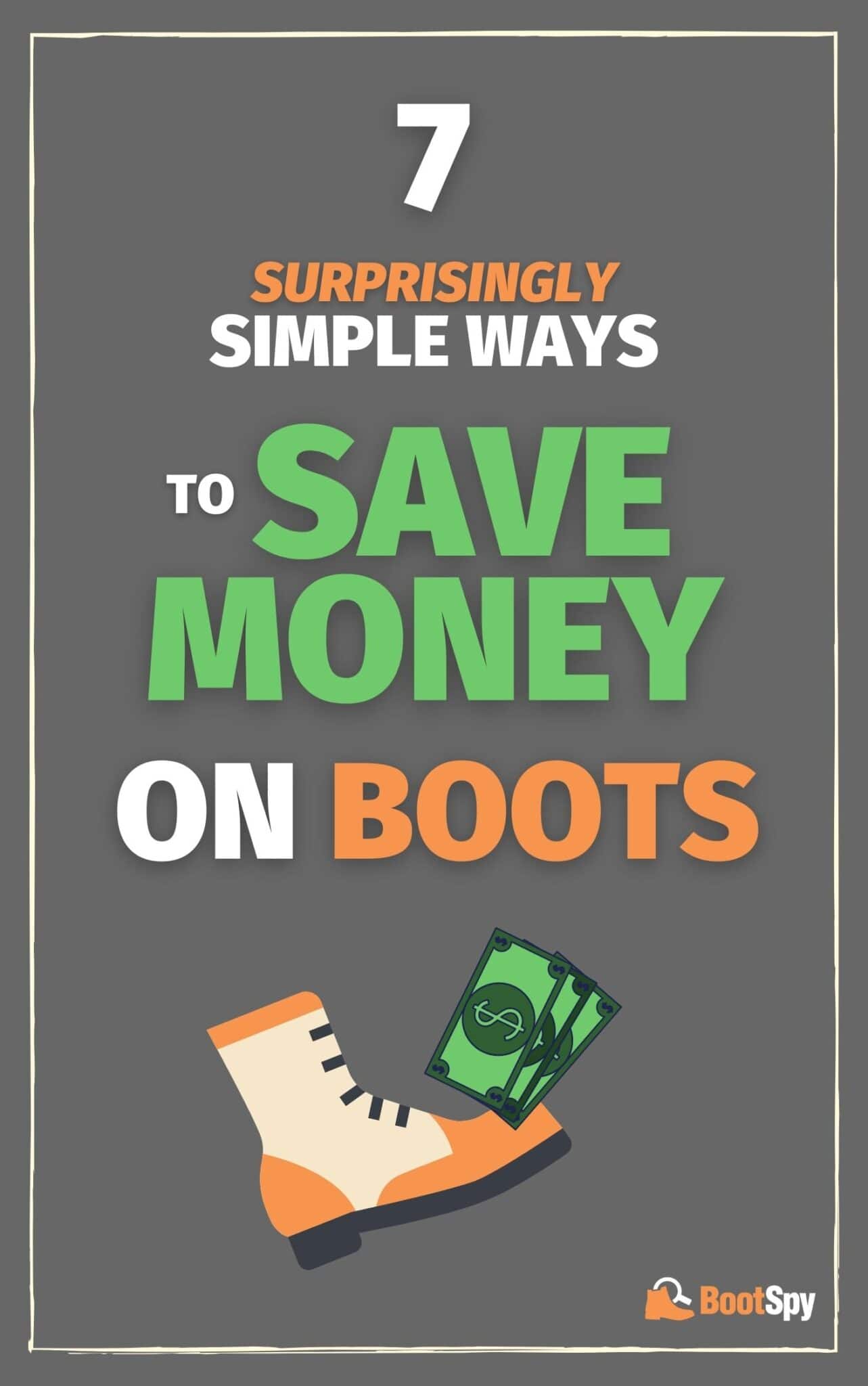